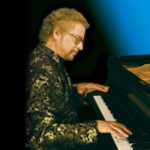 The Los Angeles Times acknowledges Steven Halpern as “A founding father of New Age music” who launched a “Quiet Revolution” in modern instrumental music that focused more on creating harmony, coherence and balance rather than as mere entertainment. His unique orchestration of tone, time, space and frequency help explain why people hear the music with fresh ears for years and years.

With an unequaled, proven track record of  48 years (1975-2023), Steven’s music continues to be the music of choice for individuals from all walks of life, as well as healers, spiritual teachers, massage therapists and corporate wellness programs.

“Steven Halpern’s music has uplifted a generation of seekers.

He has created a soundtrack for our evolutionary journey.” 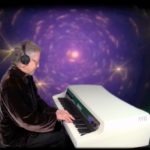 Through his landmark books, dozens of articles in all the major New Age magazines and in hundreds of TV, radio and print interviews, Halpern introduced the tenets of sound healing to the fields of holistic/complementary medicine, massage therapy and yoga as well as to millions of individuals worldwide. His music is heard frequently on all major streaming platforms and enjoyed by new generations of fans as well as his long-term listeners.

Before discovering his calling as a sound healer and recording artist, Steven followed his bliss as a jazz rock trumpet player, inspired by the music of John Coltrane, Miles Davis and Jimi Hendrix. His musical and spiritual journey was accelerated by his mentors at the University of Buffalo (1965-1969), including master poets Robert Creeley, Jack Clarke and Albert Glover. His recordings continue to be guided by a mindful, improvisational approach which builds on jazz and poetic sensibilities, in which the music flows through him. 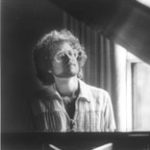 With no business training and very little money, he launched his indie record label in 1975, in response to the many requests from attendees at his concerts and workshops at the world famous Esalen Institute, Unity Churches, and many other New Thought organizations in the early 1970s.

As the entrepreneurial president of the first independent New Age record label, he created a national alternative distribution network to bring his music, and then other artists, like Paul Horn and Iasos, to the world. His albums were the first of their kind to be sold in metaphysical bookstores, health food stores, and then Tower Records and other mainstream music stores.

One of the 12 most influential artists of the past 20 years who changed the way we play, listen to and distribute music…Steven Halpern is the first and definitive New Age keyboardist.”

Steven’s music is an ideal complement for meditation, yoga, massage and other therapeutic bodywork, psychological counseling, and accelerated learning. Halpern’s music gets listeners “in the zone” and is used by leading business professionals, success coaches like Mark Victor Hansen and Brian Tracy, and entrepreneurs, students and teachers worldwide.

Steven has produced over 70 recordings in the Inner Peace Music® and SoundWave 2000™ subliminal audio series. He has influenced two generations of recording artists and music therapists, and has performed and recorded with a who’s who of well-known musicians including: Paul Horn, Paul McCandless, Babatunde Olatunji, Al DiMeola, Larry Coryell, Rick Derringer and Georgia Kelly.

After being initiated into what he has described as a ministry of healing music, Steven was encouraged to scientifically validate the extraordinary effects his music was having on listeners. This became the focus of his graduate studies, and his landmark research exploring the connections between sound, consciousness and healing were the first to employ the more subtle and sophisticated new technologies of brainwave biofeedback and Kirlian (aura) photography.

This research, and his first two books, Tuning the Human Instrument (1977) and Sound Health (Harper & Row, 1985) established him as the pre-eminent spokesperson for the emerging field of sound healing. He was the first in his field to appear on national television, including The Tomorrow Show with Tom Snyder. In 1991 he was profiled on CBS-TV’s 48 Hours.

Halpern’s work has been covered in The New York Times, the Los Angeles Times, and the San Francisco Chronicle, as well as by CBS, ABC, NBC and the BBC. Steven has written hundreds of articles, as well as a syndicated monthly column for over 20 years. He is the Music Director of Medcalm,com, a leading content provider for hospitals nationwide.

For interviews or PR please contact Diana Ziegler at 415-485-5321 or at dvz@innerpeacemusic.com.

This website uses cookies to improve your experience while you navigate through the website. Out of these, the cookies that are categorized as necessary are stored on your browser as they are essential for the working of basic functionalities of the website. We also use third-party cookies that help us analyze and understand how you use this website. These cookies will be stored in your browser only with your consent. You also have the option to opt-out of these cookies. But opting out of some of these cookies may affect your browsing experience.
Necessary Always Enabled
Necessary cookies are absolutely essential for the website to function properly. This category only includes cookies that ensures basic functionalities and security features of the website. These cookies do not store any personal information.
Non-necessary
Any cookies that may not be particularly necessary for the website to function and is used specifically to collect user personal data via analytics, ads, other embedded contents are termed as non-necessary cookies. It is mandatory to procure user consent prior to running these cookies on your website.
SAVE & ACCEPT